In an ideal world, a vote casted by an eligible voter should represent an individual opinion on society’s values. And that vote, should mean something in and of itself.  But you’re right, when things are stable, it seems that we tend to forget about the power of that vote and either get muzzled into the sports-like rivalries the political system creates or become a complacent bystander. 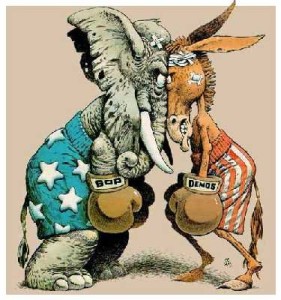 So in the spirit of the hazy future of Western democracy that you’ve painted, I thought it would be a useful exercise to explore this problem of voting or lack there of, with some potential, not always sane, solutions. The first and most often cited problem that people allude to is the feeling that their vote doesn’t matter in the sea of a giant populus. Naturally, I thought I’d conduct a quick little test and compare voter turnout to population size. Grabbing some data from the International Institute for Democracy and Electoral Assistance website, and with some amateur excel magic, here’s what I got: 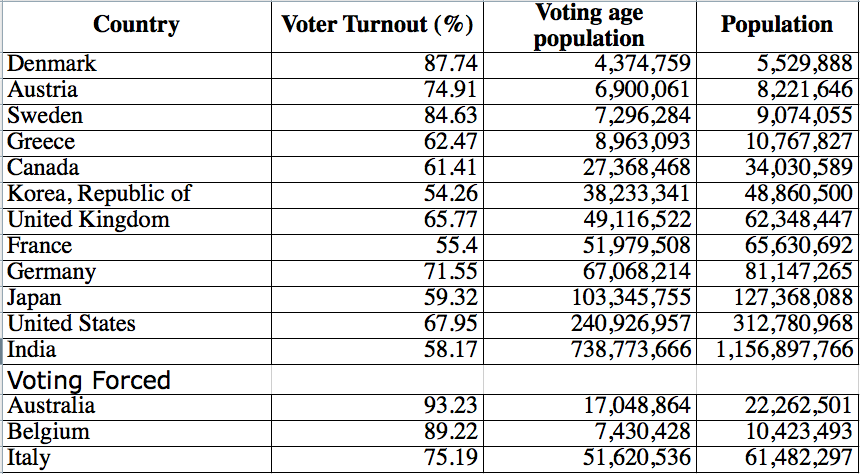 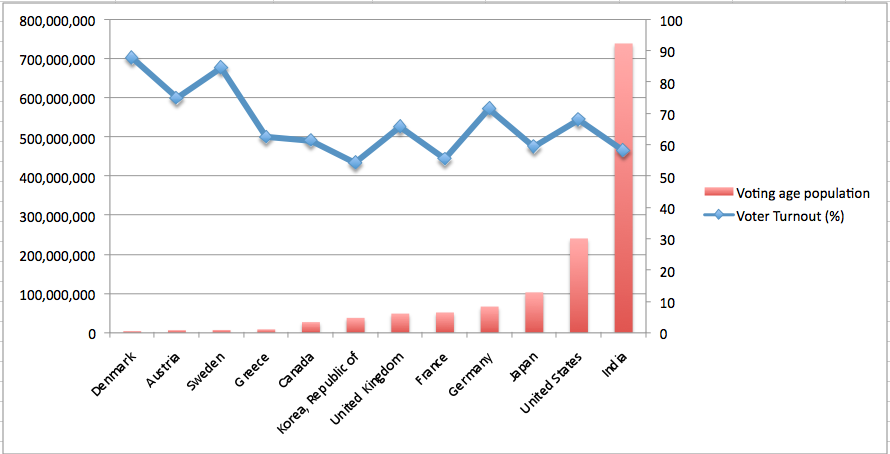 Now, I know this analysis is as loose as a lot of things that would degrade the class of this blog. But, there is some common sense logic to what we in the trend above: you’re in a smaller group, so mentally that vote feels like it carries a lot more sway, and thus, people vote more. Now I realize the idea of splitting up nations is not only practically impossible, and economically perilous, but generally a bad idea for a lot of other reasons not worth mentioning. (Although, we could potentially keep this in mind for when we colonize the galaxy). However, a more reasonable thought worth pondering on is the idea to allocate more power to local and municipal government. Could a stronger and much larger municipal government give enough power to an individual’s vote to increase the chances of them participating in the election?

Another idea used in the democratic nations of our world is to make voting a legally mandated act, as it is in Australia, Belgium and Italy. The consequences for not voting in these countries aren’t anything catastrophic; a small fine must be paid if you do not vote. But this begs the question, do we need to channel our inner mother and force our children to eat their broccoli or we take away their allowance? And more importantly, do the votes casted by these unwilling participants dilute the vote of those passionate and caring about their stance?

What other out-of-the-box strategies do you think we could implement to:

2) Make a vote feel more important to an individual

Categories: Democracy and Voting in the 21st Century